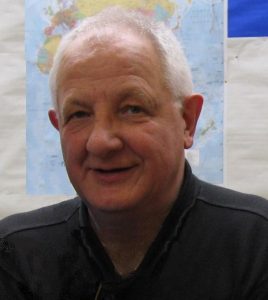 Emley-Sous-Bois is a 7mm, 1-43.5 Scale, Oe French Narrow Gauge Layout, using 16.5mm Gauge track. It is set in the summertime of the 1960’s, in the Provence-Alpes-Cote d’Azure region of the South of France. The station is located in the Esterel Oak Forests and depicts the terminus station of a wooded branch line, part of a fictitious meter gauge railway, the Lingostiere (Nice)-Saint-Raphael (LSR).

It is a small industrial area on the edge of a North East Town that can be set between the mid 1970’s and the mid 1990’s. Rail served industries include ‘Badger Storage’, ‘Jackson Engineering’, the ‘Emley Chemical Reprocessing Terminal’ and ‘S&M Craneage’ which provides overhead craneage facilities. There is also ‘Kirton & Perkins Master Shoemakers’ which is not rail served and ‘Margie’s Café’ a typical greasy spoon establishment. This was ‘Fiona’s Café’ but is now ‘Under New Management’.