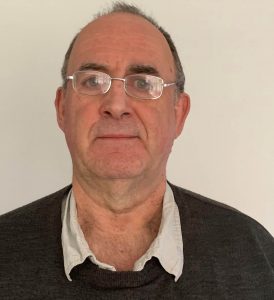 Built and operated by ‘The Midland Moonshiners’

For me the name Snowy River goes back to the 1982 Australian drama film based on the Banjo Paterson poem “The Man from Snowy River”. I always thought what a great name for a place and have kept it my memory for the right ‘model railroad layout’.

Snowy River Railroad took some 12 months to build I talked Dale Heys, Keith Johnson and Pete Grant to become part of the Railroad, combining our skills to make sure the layout was of an acceptable standard.

Snowy River Railroad is somewhere between here, there, and nowhere in New England Maine. Although the ‘two-footers’ had come to an end by the 1940’s in Maine, in our world Snowy River Railroad survived and is still running, providing a passenger service from Snowy River to the main-line, the layout is set sometime in the late 1950’s early 1960’s.

Snowy River Railroad is a three modular end to end 12’ x 2’ layout. One end is a terminus engine depot being fed by a turn table, into the two-road shed, there is refueling on-shed, water, wood and coal. The two main industries, potato’s and  fishing are the life blood of the railroad. There is a spur into ‘Chalk Bay Quay’ a small but thriving little port, which has a few industries around it as well as fishing. There is a run around station with a center platform, next to the small town of Snowy River. The entrance of the cassette fiddle yard is disguised by an overbridged with a section of standard gauge track. ( this helps show the difference between the gauges within the scale)

Most of the buildings are scratch built. The track work is Peco On30 track. The operation is DDC for the running of trains.

The layout is still a work in progress with detailing to taking place, but it is up and running, fun to operate and a dream come true. We have put into planning have two more modules to interchange with the terminus module and giving the option of a through run to another ‘fiddle yard’ at the other. This would extend the lay to 16’

The Midland Moonshines are part of the Slim Gauge Circle   and Daventry Model Railway Club.